The ONE Thing Book Summary – 7 Best Ideas That Matter

Today, I’m going to share The ONE Thing book summary by Gary Keller.

Let me ask you questions.

I know you want to. The good news is, you can have both.

But you may be asking how?

Again, the answers are in a book called The ONE Thing.

Have you ever tried to understand why people around you achieve more than others?

Despite the fact that each of us has the same number of hours every day, what is the secret they know?

“Successful people aim exactly to the heart of their most important things. They don’t idle and play around. They start or go small.“

So going small means ignoring all the things and focus on the ONE thing that you should do.

The ONE thing that moves you toward your goals.

And no doubt it always works.

Because the most important reason is, you work on it for your purpose, which leads you to extraordinary results.

Listen, while this may seem controversial to some of you, the truth is that people think the opposite.

It means they want to go immediately big.

In my opinion, a small-scale approach to going small is an approach for some types of personalities.

For example, I found it works for me. Because while taking small actions and focusing on one important thing, it makes an incremental movement.

Needless to say, when you go small on ONE thing, you unleash the starting point toward prosperity.

And it leads me to another idea that matters…

The truth is when you focus on one small but right thing set in motion, it can literally ignite a lot of things. And you can envision it like the domino effect.

And there exists an experiment by a physicist from San Francisco:

Imagine, you have eight dominos out of plywood. The first one is only 5 centimeters in size. The second is 50% larger than the first one and so on. And the last eighth domino is almost 92 centimeters large.

Now, when you gently poke the first domino, what will happen?

I let you think about it but visualize what if it would keep going?

The result would be remarkable.

In short, the 23rd domino would be over the Eiffel Tower. The 31st would become visible above Mount Everest and the number 57 would span the distance between the earth and the moon.

So what does it tell you?

“If you want to pursue prosperity and holistic wealth, shoot for the moon.“

Listen, it is achievable if you focus on one most important thing at a time.

Because you start small and create a powerful domino effect in motion.

So I definitely agree with Gary Keller’s opinion.

Because the proof of ONE thing is everywhere around you.

And once you move to the next level, you will see it more often.

For example, the ONE thing appears in One Product or in One Service.

It means exceptional companies have one winning product or service that generates the most of their revenue.

Another proof is, the ONE thing appears in One Person.

It means to have a mentor.

Or Oprah Winfrey, Steve Jobs, Bill Gates. All of them had mentors. And the list can go on and on.

So the huge takeaway is, no one succeeds alone. No one!

Personally, I have never been a fan of multitasking.

The reason? The result is poor.

The significant question is if you focus on one most important thing, why would you bother to do something else at the same time?

Just think about it…

I strongly agree with Gary Keller, multitasking is a lie. It is nonsense.

Unfortunately, when you look at the internet, countless pieces of content preach how to multitask. Next to that, many career job opportunities highlight “multitasking’” as a strength skill.

It’s a lie, nonsense, and scam.

Because high achievers seek results and if they multitask, they will fail, so you too…

Do you work at the space office?

So you know those distracting multitasking demands, don’t you?

Another point to mention here is “task switching”.

Listen, when you pursue prosperity and holistic wealth, you want to make sure you focus on one important thing.

But imagine, you are calculating real estate deals or writing a blog post and suddenly your coworker shows up and starts discussing some issue.

It’s impossible to go back to your work where you left off.

And you pay a high price or tax for it.

You will need to produce more extra time for your original ONE important thing.

Just ponder on it…

I’m a huge advocate of self-discipline.

And it pumped me when I discovered the same thoughts in the book.

However, it has some critical rules.

First, forming a habit requires self-discipline and you most likely agree on it.

But the question is, what kind of habit?

In order to pursue prosperity, you need to focus on the right ONE thing and ignore anything else.

Or selling items in your ecommerce store, you need to focus on your niche and experimenting with many products until you succeed.

“Be less self-disciplined in unimportant things and more disciplined on the right things.“

In addition, it’s about forming enough self-discipline to establish the right habits.

That’s the whole story you need to understand.

2. The Focusing Question & The Success Habit

You may have heard the Chinese proverb:

“A journey of a thousand miles begins with a single step.”

It means, when you use the focusing question as a starting point for the first step, you go in the right direction.

Now, what does The Focusing Question mean?

The answer to it is straightforward because it wraps all the previous ideas.

Listen, when you plan your day or week, ask the following question.

“What is the ONE thing I can do such that by doing it everything else will be easier or unnecessary?”

So focusing precisely on each part:

…will help you find the first domino that you want to poke across several areas in your life to create a successful habit.

Within the holistic wealth are eight vital areas to invest your time.

So asking the focusing question:

I left this idea last because it’s been ingrained in me for several years.

And even before reading the ONE Thing book, I had been doing it daily.

So it’s no secret that high achievers are the most productive people. It simply means, by the end of the day, they get more done.

The answer is “blocking time” to ONE most important thing during the day.

It means you need to protect your time because time is the most precious commodity.

So when you understand the power of time blocking, it is the greatest productivity tool.

I cannot agree more because I’ve been blocking my time for a few years.

And as I do this and when the most important time is to block my time, you will have a chance to discover in my book. So stay tuned.

For now, remember, you must protect your time every single day. But you can’t skip the day, otherwise, you will break the chain.

So build your bunker with the environment.

Because consistency and persistence are the keys to pushing your most important domino every day.

Now It’s Your Turn to Implement The ONE Thing

The One Thing book helps you rethink your strategies and tactics.

So I hope you’ve found inspiration in these 7 hand-picked best ideas that matter.

“You can always have more productivity or less stress. But it depends on your beliefs and self-discipline to develop the right habits.“

Does it make sense?

Now, what was at least one golden nugget you learned?

Remember, at the Pat VC 7 Wealth Stages framework, we are here to show you the direction.

In the end, it is up to you to unleash your revolution and stand out from the average and ordinary life.

Because you want to become a Doer.

And you want to build a better life, which means holistic wealth.

So that’s all Doers for today …

Last but not least,

Because every week, you will receive one prosperity strategy directly to your inbox.

See you next week.

Vlastimil Cícha - Pat V.C. has been intensely mentored in digital investing within the larger financial service organization and investment bank while leading Elite-SEO strategies.
Besides that, he’s been obsessed with creating wealth-building and well-being strategies. And he found out that in our life there are only seven stages. He calls them the 7 Wealth Stages framework.
That’s the reason why he talks and writes about topics related to the 7 Wealth Stages that guide you toward Prosperity and Holistic Wealth. It is personal & professional development about a mindset, elite-income skills potential, personal finance, investment, personal growth, scalability, and abundant life. Vlastimil advocates the statement that elite-income skills are the entryway into financial abundance through well-organized wealth-building strategies.

Discover one strategy every week within the 7 Wealth Stages that will guide you toward financial well-being and holistic wealth. Leave obscurity and get rid of scarcity.

Subscribe now and I will talk to you personally inside. 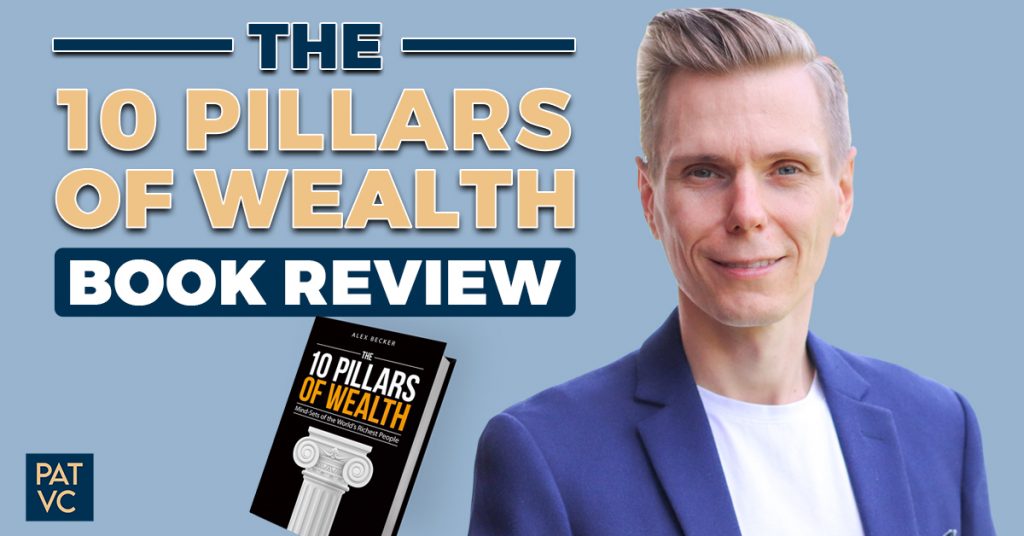 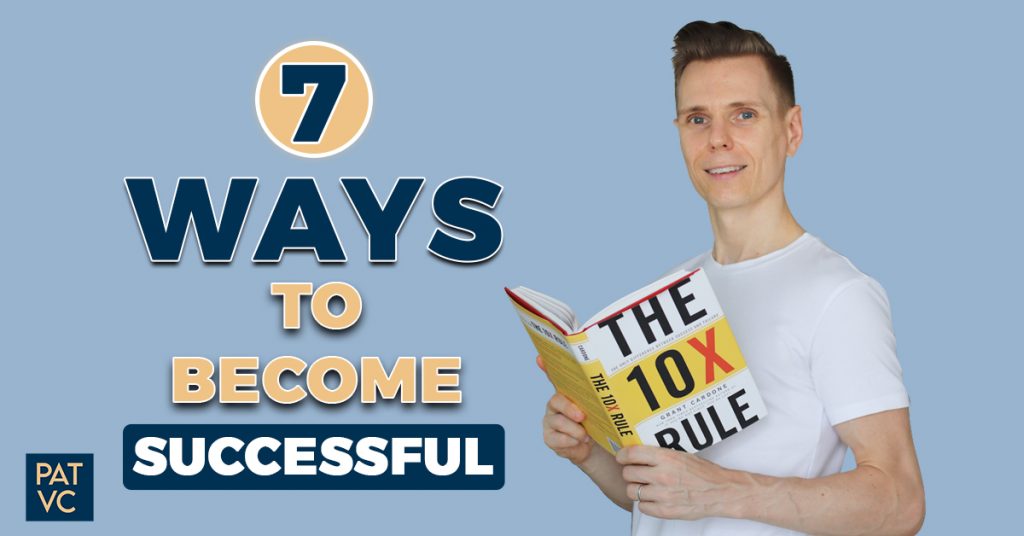 The 10X Rule By Grant Cardone – 7 Ways To Become Successful